"Music is in the air" - especially at the franconian Music events!

The world of franconian music is varied - here traditional sounds meet as well as modern works.

Every two years in March musicians from all over the world meet in Fürth for ten days to present new compositions and arrangements in numerous concerts. Workshops with well-known musicians from the scene encourage the audience to make music and dance, and an extensive supporting programme with films, city tours, readings and talks invites people to engage with the diversity of Jewish life. What began as the Week of Yiddish Song in 1988 is now called the "International Klezmer Festival Fürth & Jewish Music Today". The festival unites not only klezmer - the music of the Yiddish-speaking Ashkenazi Jews from the shtetls of Eastern Europe - but all varieties of Jewish music. There is a lot to discover, e.g. Yiddpop, klezjazz or Aramaic hip hop, because through the long history of migration of Jews, the music has absorbed a wide variety of influences from other cultures and has constantly evolved. 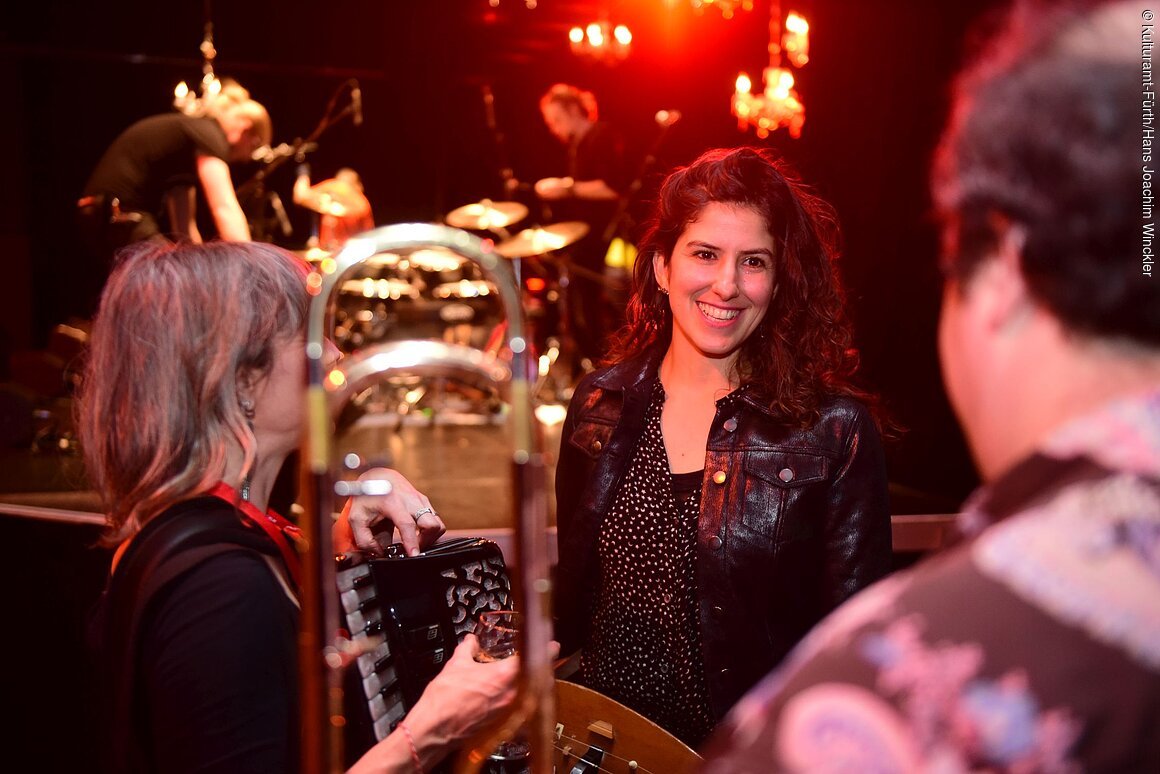 The famous Boys’ Band consists of about 80 young musicians dressed in period Rococo uniforms. They are bound to enthral their audiences wherever the band perform. 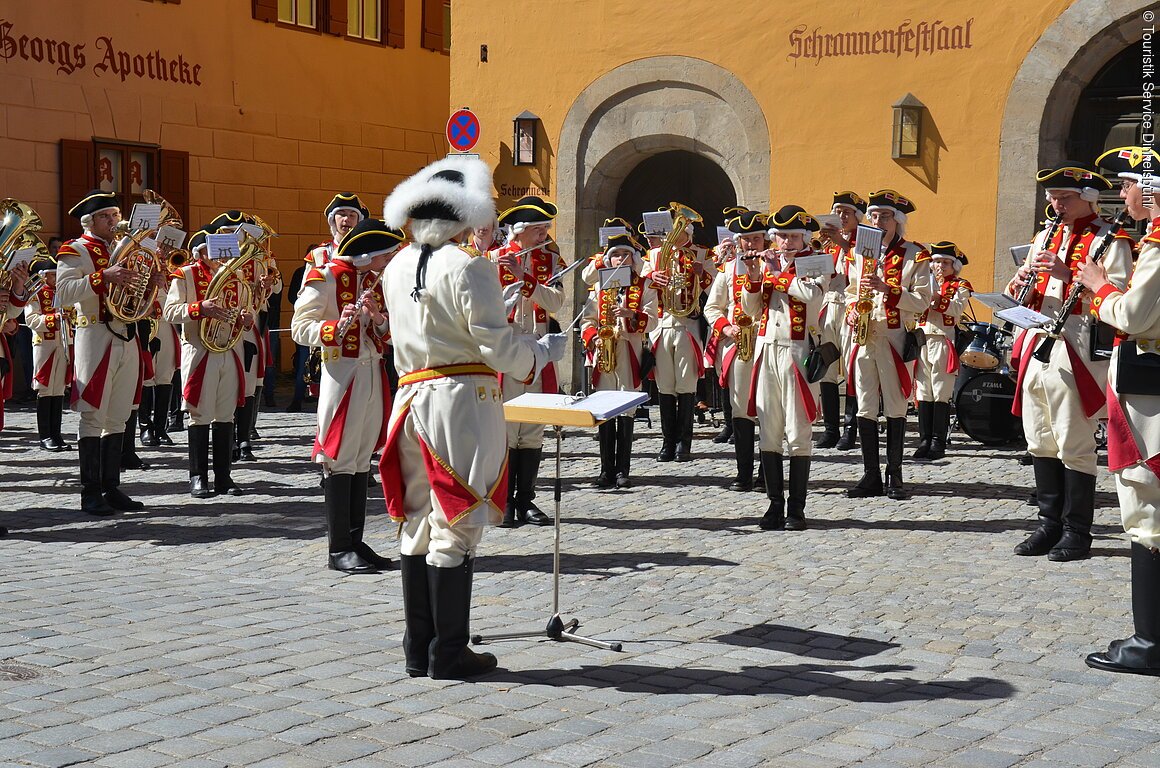 Würzburg - Mozart Festival (all of June)

Every year in early summer, the prince-bishop's baroque city of Würzburg becomes the city of Mozart - and has been since 1921: a hundred-year festival history! Leading international soloists, ensembles and orchestras meet in a magnificent ambience to celebrate Mozart in 70 top-class concerts. Exclusive orchestra and chamber concerts in the baroque Kaisersaal of the Würzburg Residence and the popular "Nachtmusiken" in the courtyard garden, which is atmospherically illuminated with candles, have been part of the fixed repertoire since the founding year. 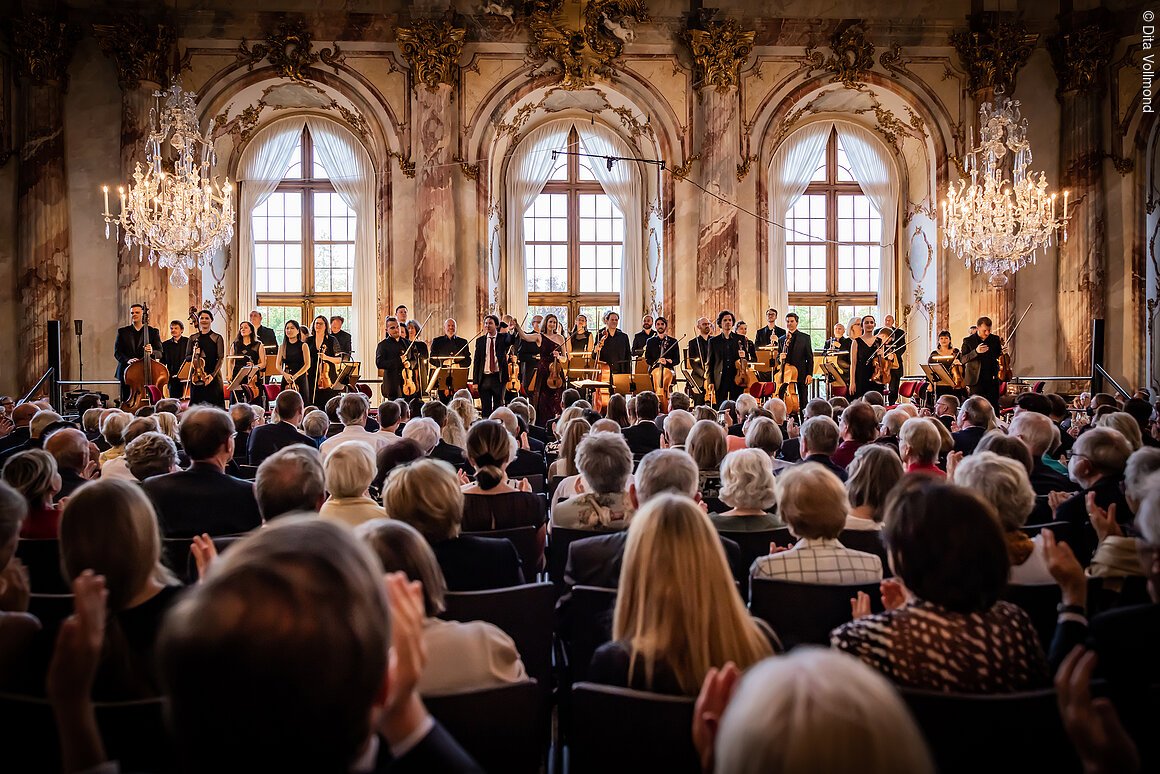 For one month every year from mid-June, Bad Kissingen transforms itself from a spa center into an internationally important musical festival venue, where major orchestras, sought-after chamber ensembles and outstanding soloists come together. 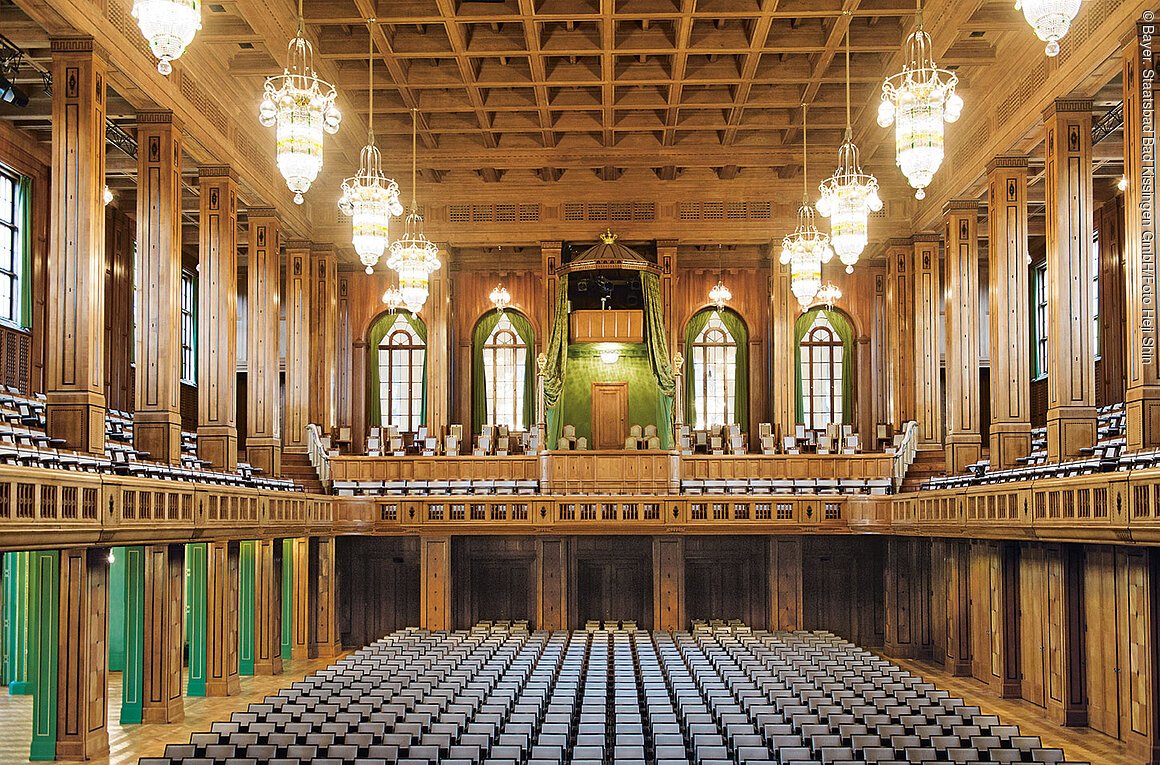 Every year in July you can attend the open-air concerts at Eyrichshof Castle, where famous artists perform to give you a unique concert experience. The genres range from rock to pop and many more. 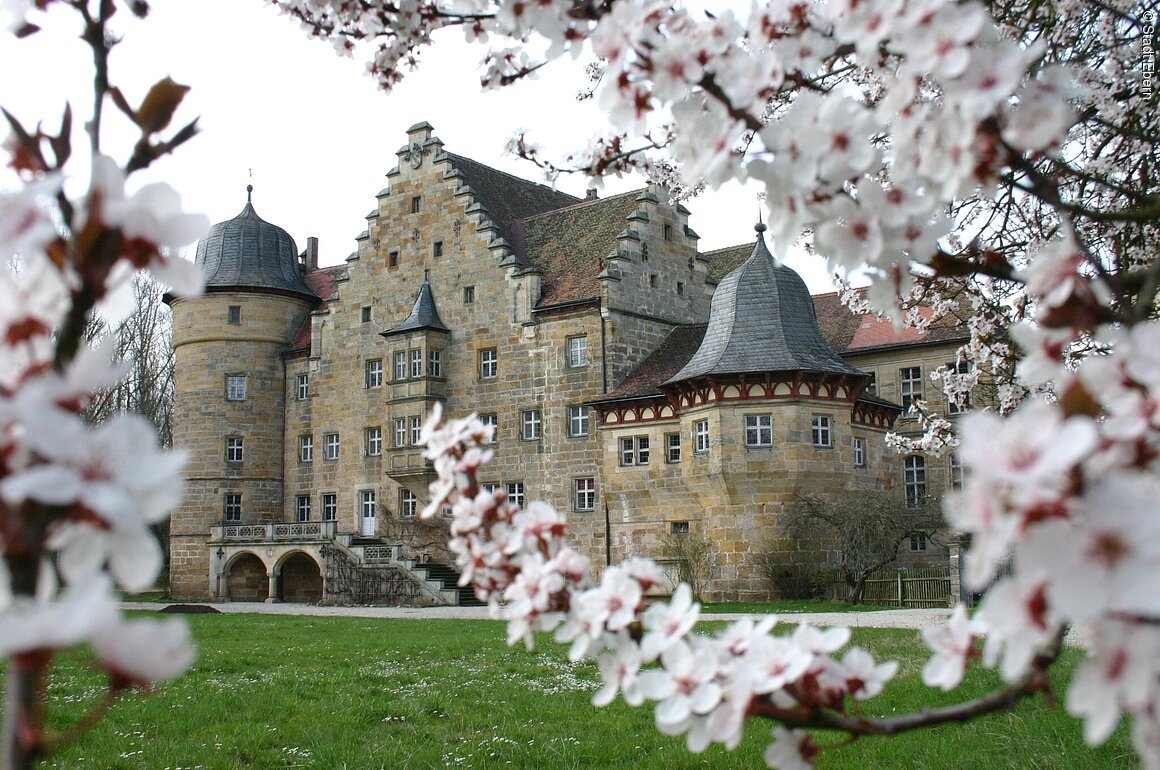 Live on Stage at the lido Spalt - Enderndorf am See

Heroes from the rock Olympus stop to give your truly best in a unique open-air atmosphere at Lake Brombach. In addition to a great line up, a great supporting program, food trucks, delicious Spalter beer and much more awaits you. The Stadtbrauerei Spalt will be on site with the mobile ProBierBar. Matching the breathtaking ambience, the brewmaster has put together selected beer specialties for tasting. 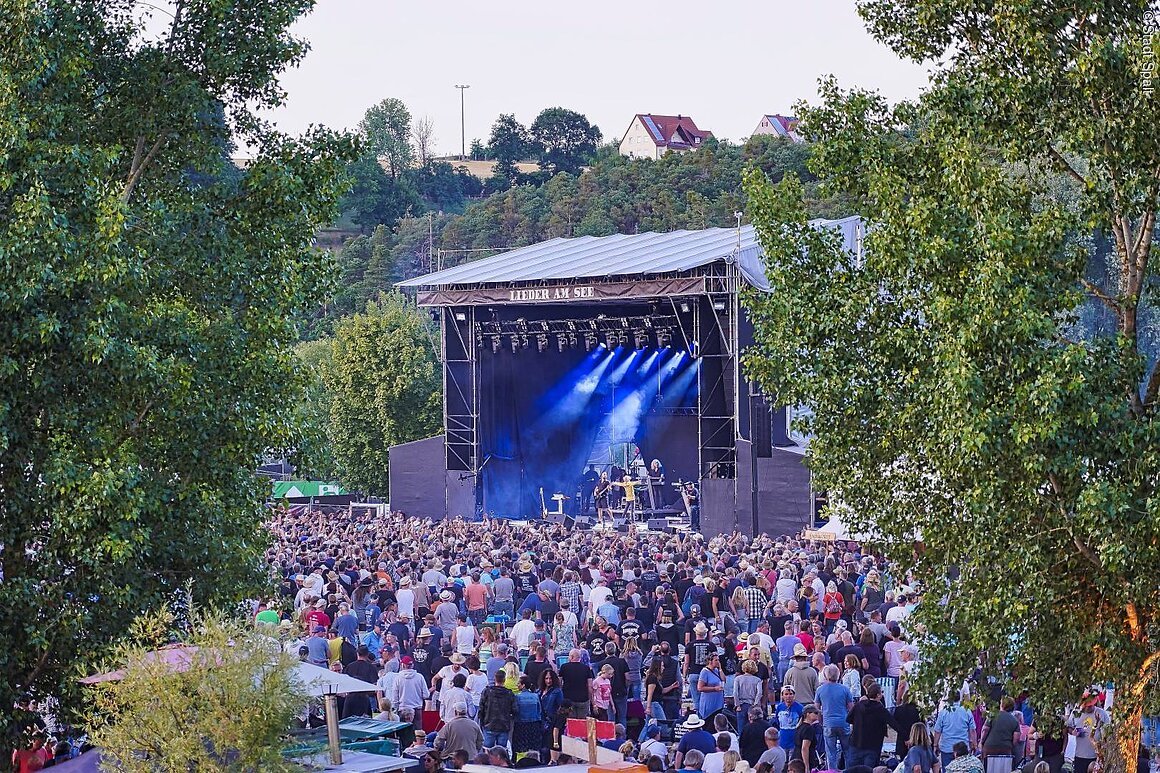 The International Samba Festival attracts around 200,000 visitors to Coburg every year. On the second weekend in July, the ducal Coburg is transformed into the secret capital of samba. Rousing music, spirited drummers, exotic dancers, imaginative shows and an entertaining supporting program bring Coburg to the boil for three days. 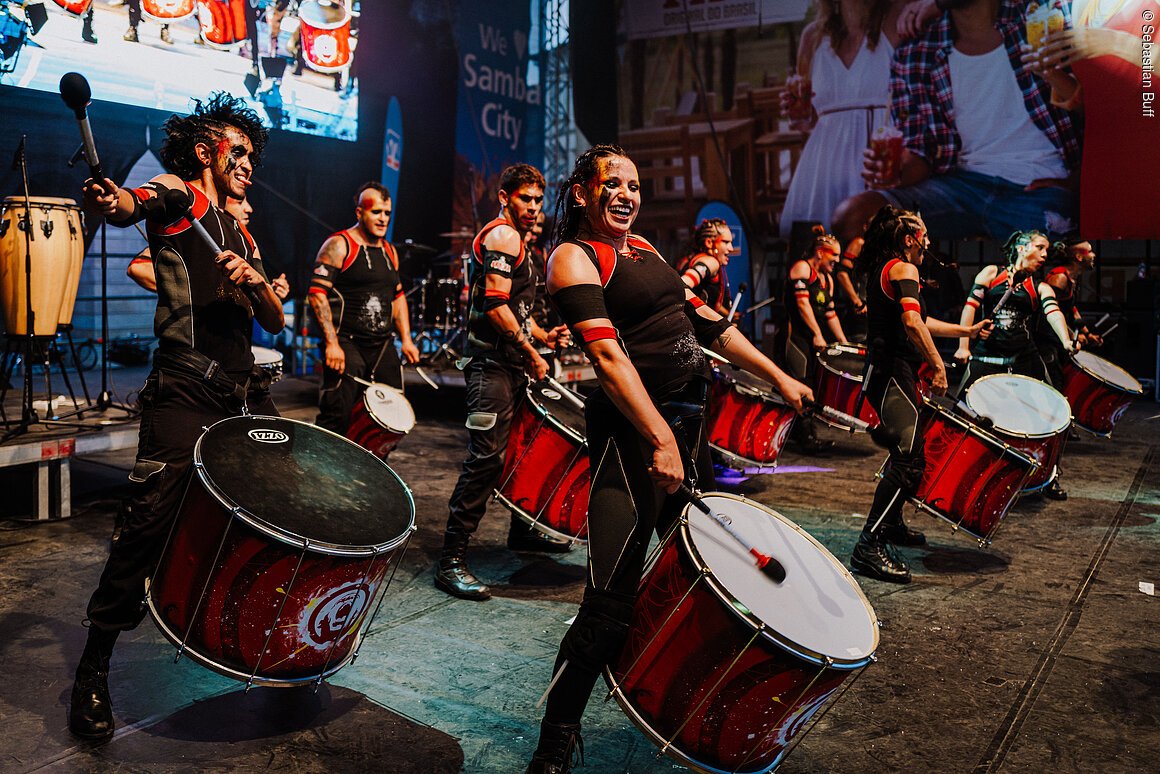 Once a year, the Nuremberg Old Town turns into an open air stage for world music when various stages are being scattered all over its historic streets and squares. More than 70 bands – from world stars to newcomers – enthrall more than 200,000 visitors each year with different genres ranging from blues, folk, soul and pop. And the best news: the admission to the festval is free! 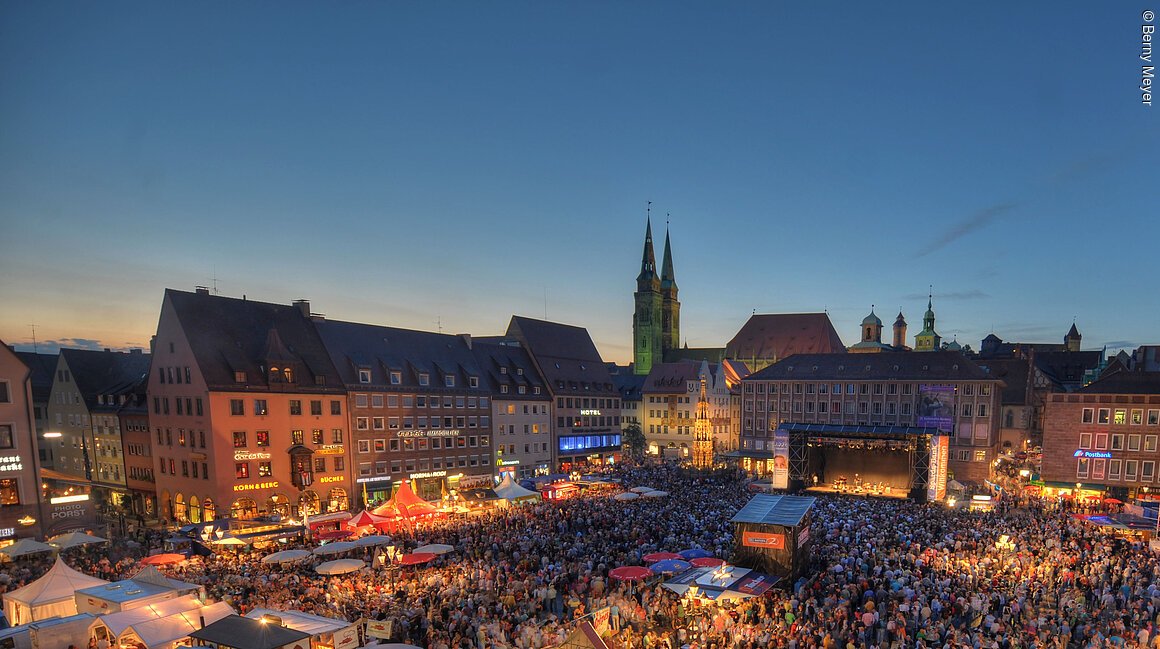 Ansbach - Bach festival (every second year, end of July to beginning of August)

The Bach Festival is a traditional concert series that draws international artists and visitors to the city. In 2023 it celebrates its 75th anniversary in Ansbach. World known artists will play musicial instruments in the Markgravial residence, the orangery and the churches and delight the classical music lovers. 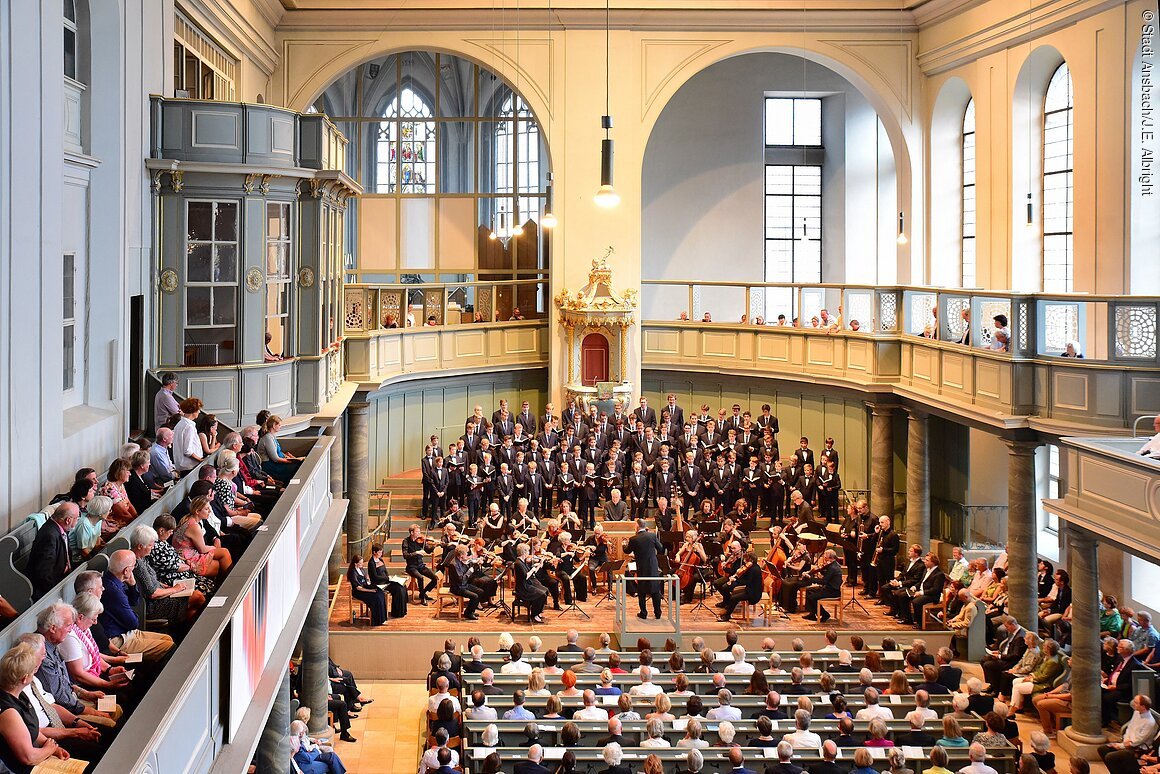 Every year on the first weekend of August Freigericht shows its musical side. Hof Trages presents the summerly music festival. Since 1998 the festival has taken place where Karoline von Günderode had conducted a conversation with Friedrich Carl von Savigny once and Bettine, Clemens and Christan Brentano had romped as children. The palace garden with its old tree population – a place full of history and romantic flair with Mediterranean atmosphere – is the perfect place for that festival. The mix of classical music, modern music, jazz, a-capella and much more inspires the guest every year. 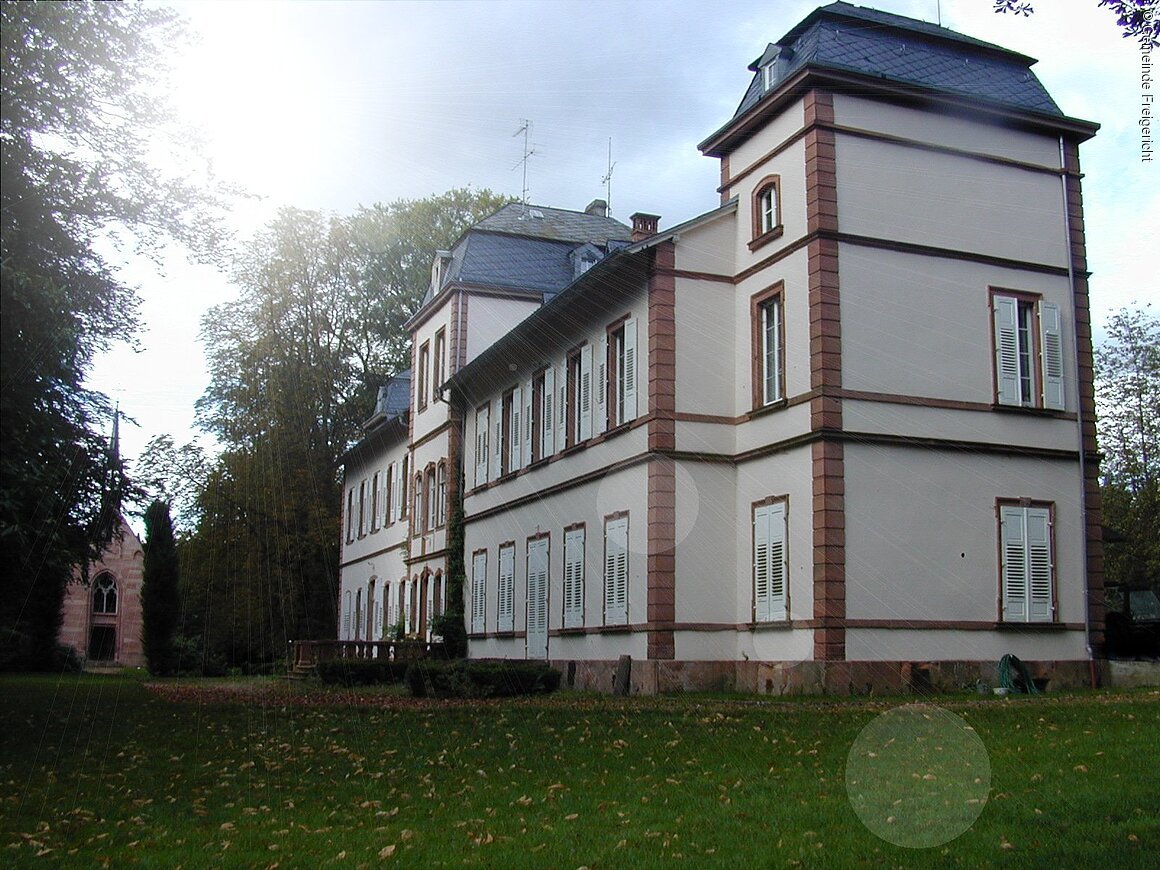 The festival relies on demanding and varied crossings of boundaries between classical music, jazz, world music and literature. The new location in the Fresenius Medical Care Forum with lots of light and air promises exciting contrasts. In addition, the well-known event environment with the atmospheric Kunsthalle Schweinfurt continues to exist. An exhibition on a special Schweinfurt topic complements the diverse program. 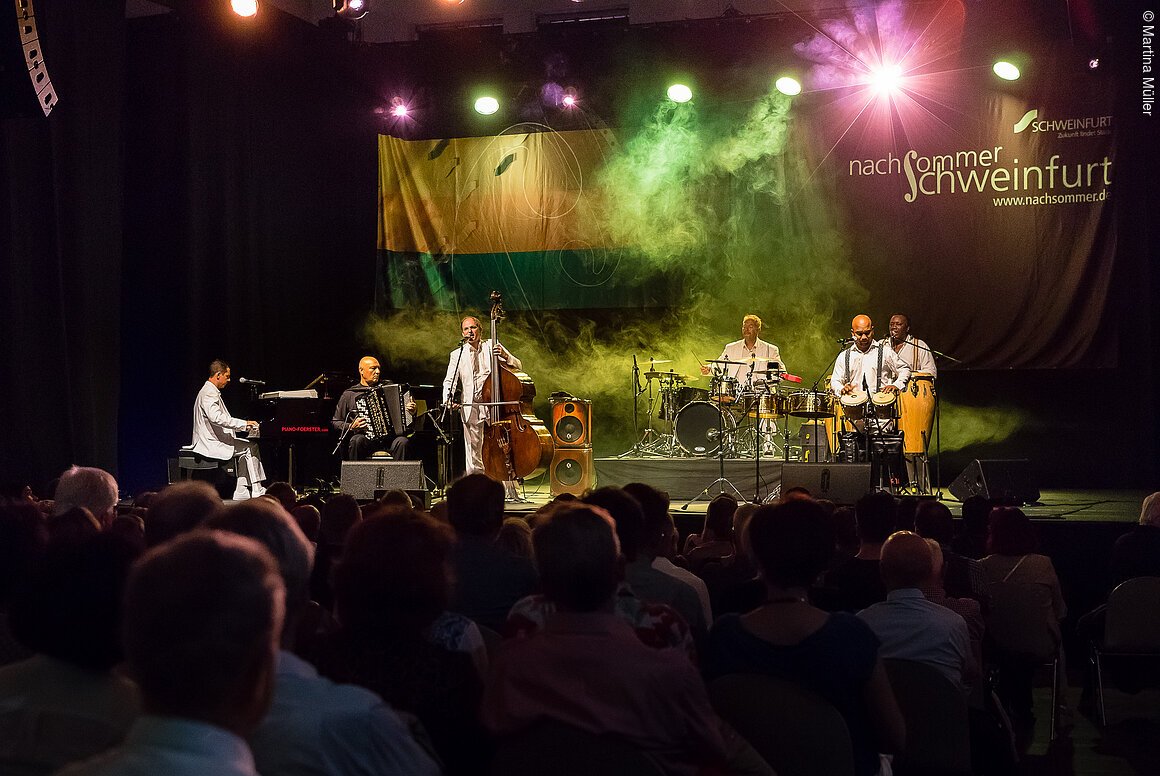 Every year, the International Jazz Days in Sonneberg, Thuringia, fill the various venues with lively tunes when top-class international performers follow their invitation to Sonneberg and make the Sonneberg Jazz Festival an international event. 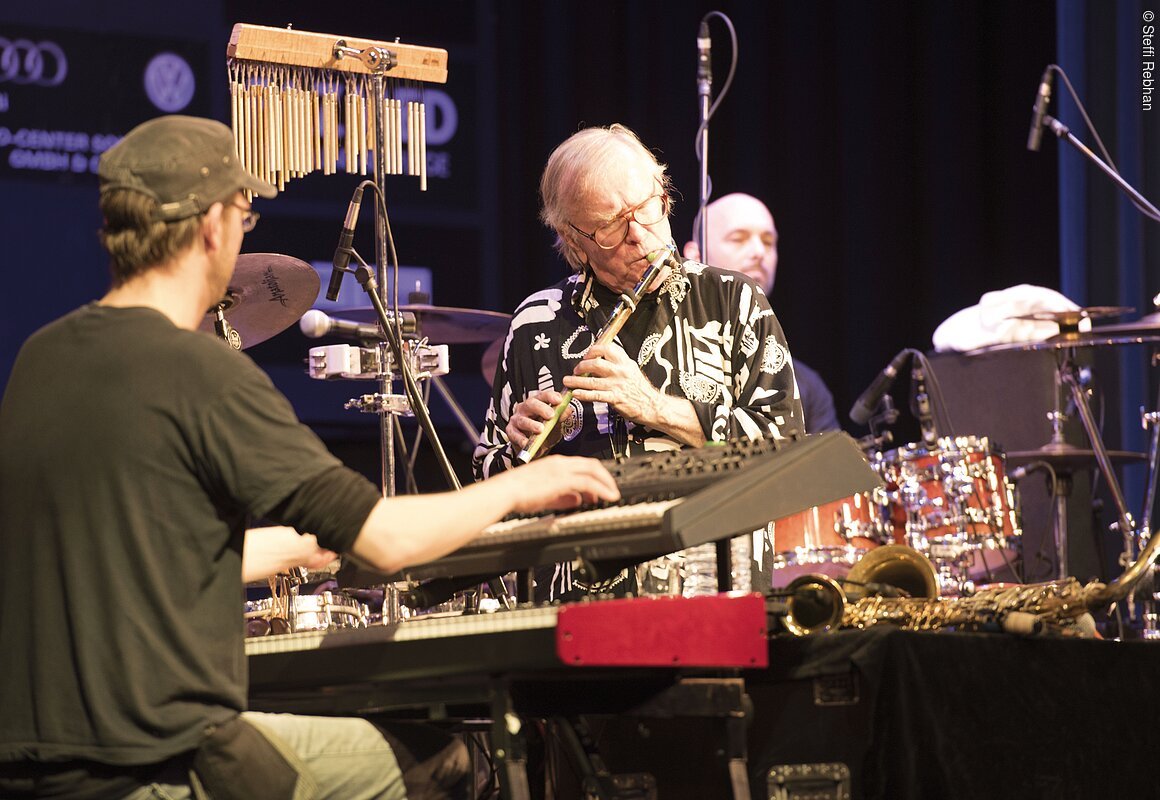 The festival for the 4th season. It's uncomfortable outside? Then it's about time for the Kissinger Winterzauber! From mid-december to mid-january, our international music festival really warms you up with a hot style mix of classical and pop, jazz and crossover. 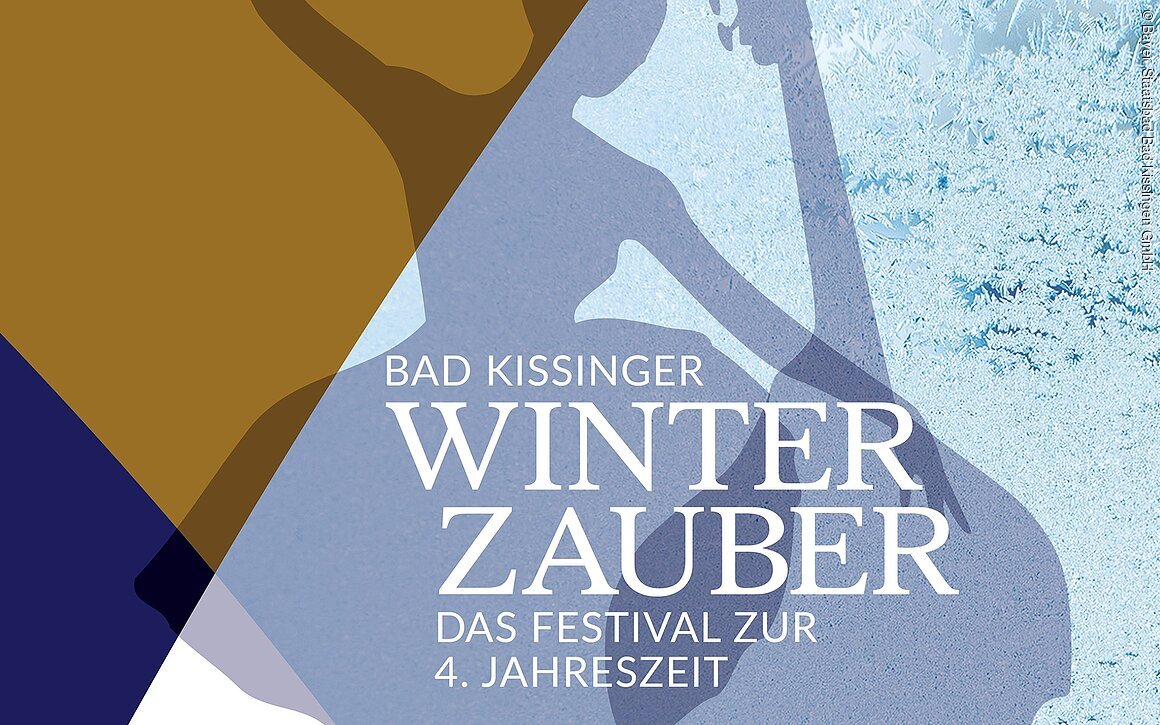 Dinkelsbühl - Sunday Concerts (May to September) 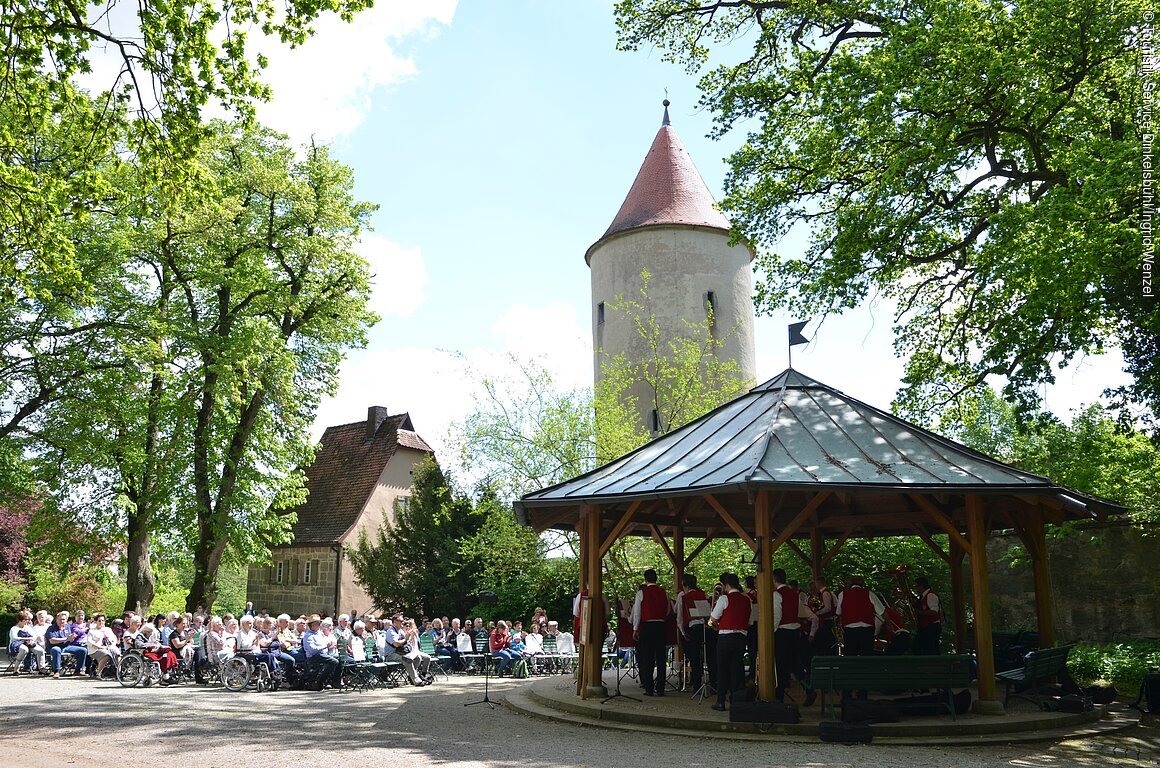 Germany's second largest Heavy-Metal-Festival located on an airfield in Dinkelsbuehl-Sinbronn. 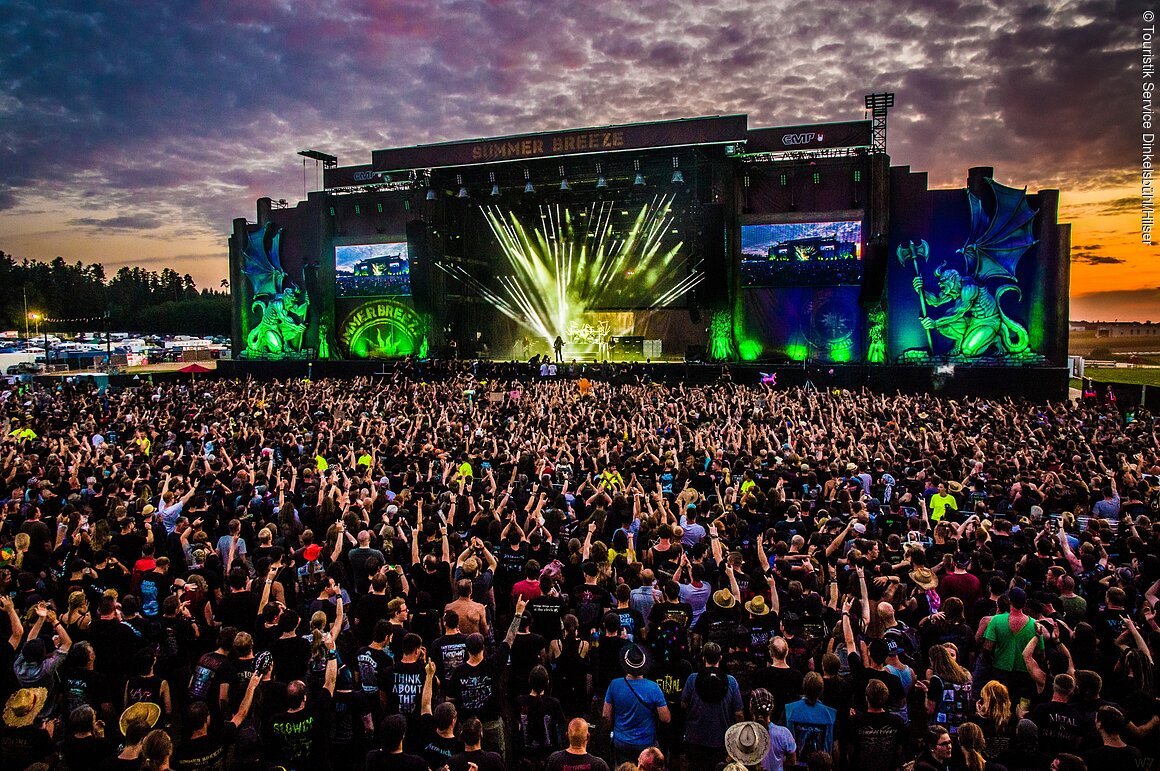 Dinkelsbühl - Jazz (September to May)

Every Friday at 9.30 p.m. Live-Jazz in the Schranne basement.

The Franconian Music Festival is the most traditional festival in the Rhein-Main region and the most important event of high-quality classical music in the border area between Bavaria and Hesse. It takes place every autumn.
The festival is nationwide important as platform of representing young talents in choral music. The International Chor Forum which is associated the Francionian Music Festival is considered as pioneering event in choral music by now.

Here in the historic and culturally rich village Rügheim you will find a building named “Schüttbau”, where you can listen to great musicians, with different styles and backgrounds. Those musicians play in the beautiful and high-quality equipped concert hall, to give you an excellent, personal and intimating musical experience. The dates and artists can be looked up at their website. 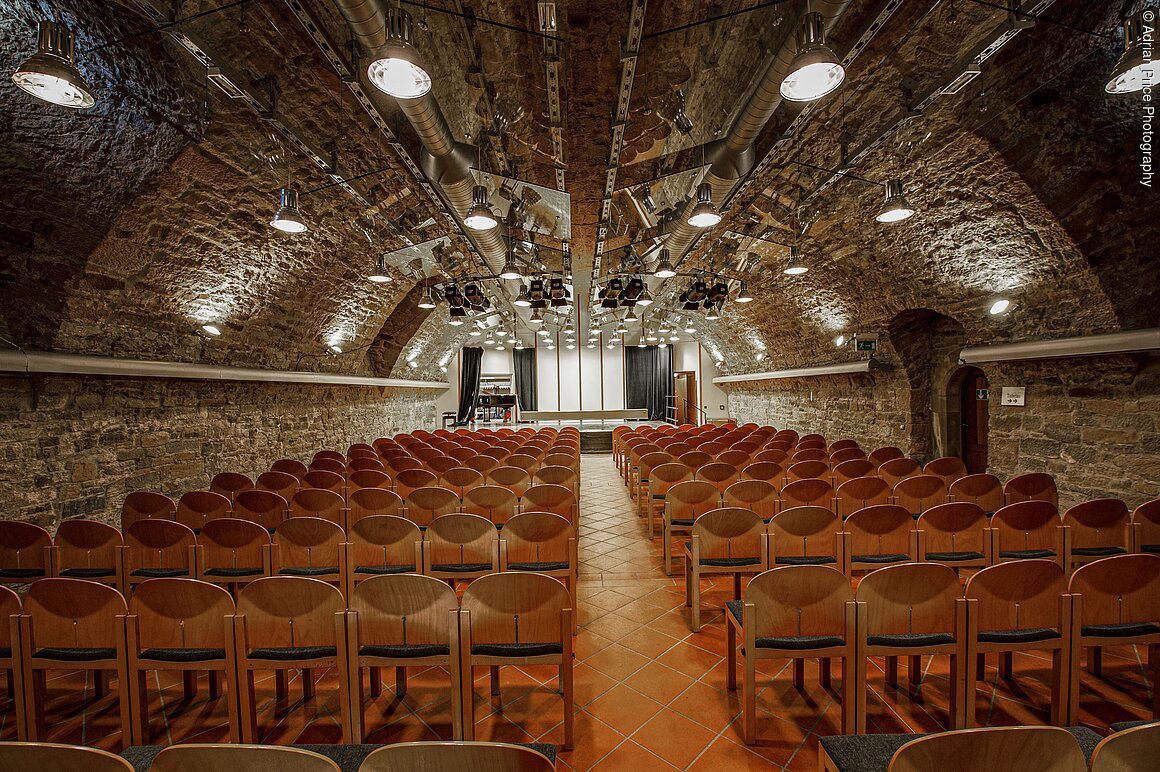