Christmas in the Town of Mangers.

Advent is a special time in the manger town of Bamberg: The city offers more than 400 nativity scenes! Plus you have a choice of four Christmas markets - so finding the right gifts should not be a problem here.

But mostly, Bamberg is famous for its mangers: More than 400 historical nativity scenes can be found at about 40 locations throughout town. Examples include the manger at the Maternkapelle Chapel, which is considered Bamberg’s most famous one. And then there is a nativity scene set in what appears to be a miniature version of Bamberg’s “Smoke Beer Temple,” the Schlenkerla… 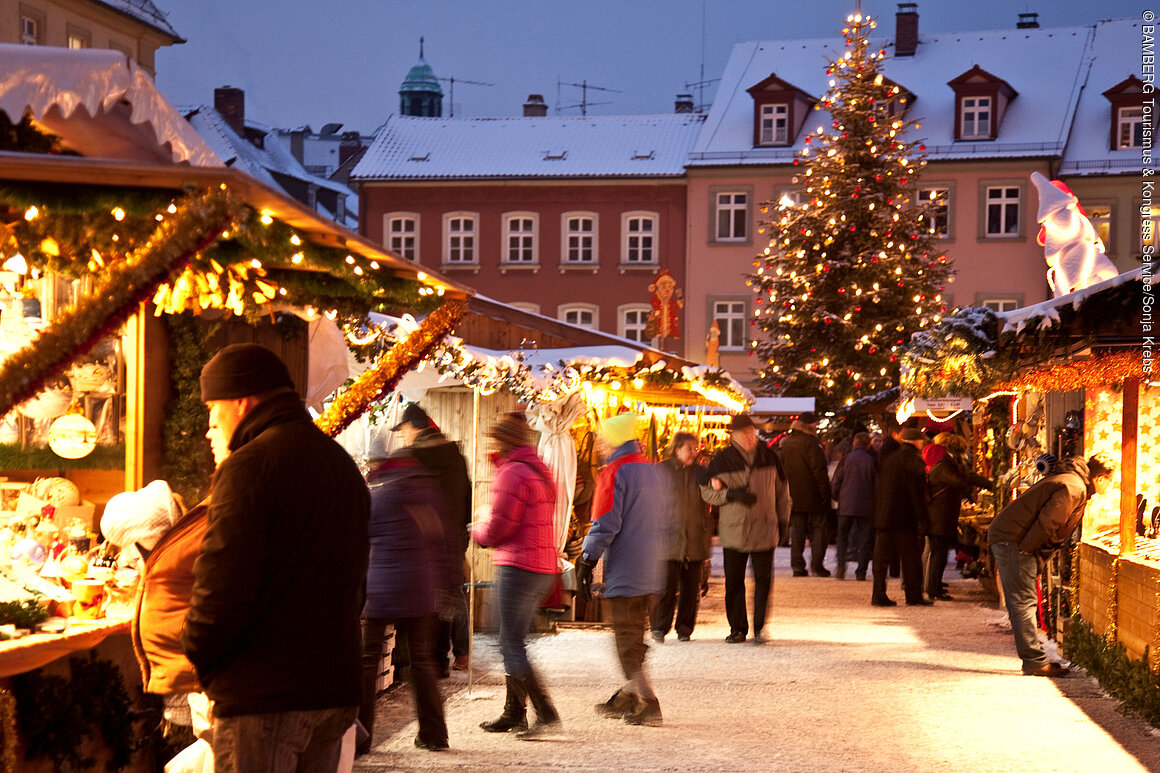